The above is one of two posters created for my final project, an A0 graphic which addresses the concerns of income inequalities within countries.

Almost all utopias strive for (or achieve) equality, including economic equality – it’s almost a defining feature of most ‘perfect worlds’. By contrast, in the real world, income inequality is rife, and research shows that inequalities like these are linked to a myriad of other social problems.

My reaction to this was a set of ‘inequality currency’. In each banknote, the face of the pictured figure is warped in accordance to the level of that country’s income inequality – the top of the head is bulged outwards, representing the top percentiles of earners, while the chin is compressed inwards, showing the meagre income of the poorest few.

This is the second of the posters, in a long A2 format, which presents possible events over the next 40 years based on information from BBC Future, which took predictions by scientists, politicians, journalists and other sources like NASA, MIT and IBM. The predictions were then given odds by Ladbrokes based on their likelihoods.

The poster shows each possible event as a circle, where the size of the circle is relative to its likelihood, with blue circles being more likely than 1:1, and red circles less. They are also arranged on a vertical axis, which corresponds to how good, how ‘utopian’ or ‘dystopian’ each particular event would be, based on an opinion poll. 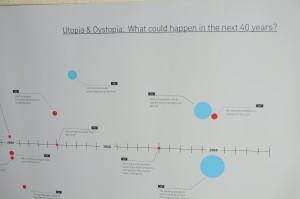 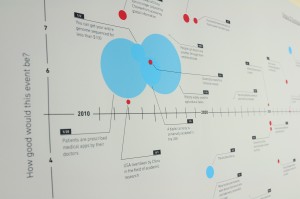 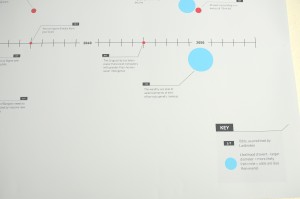 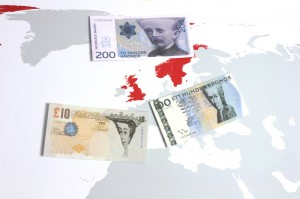 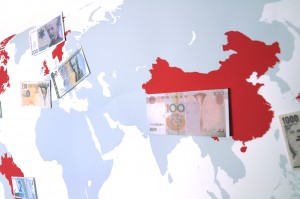 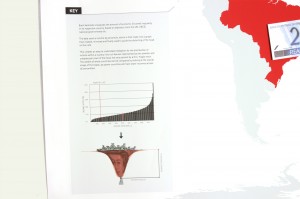