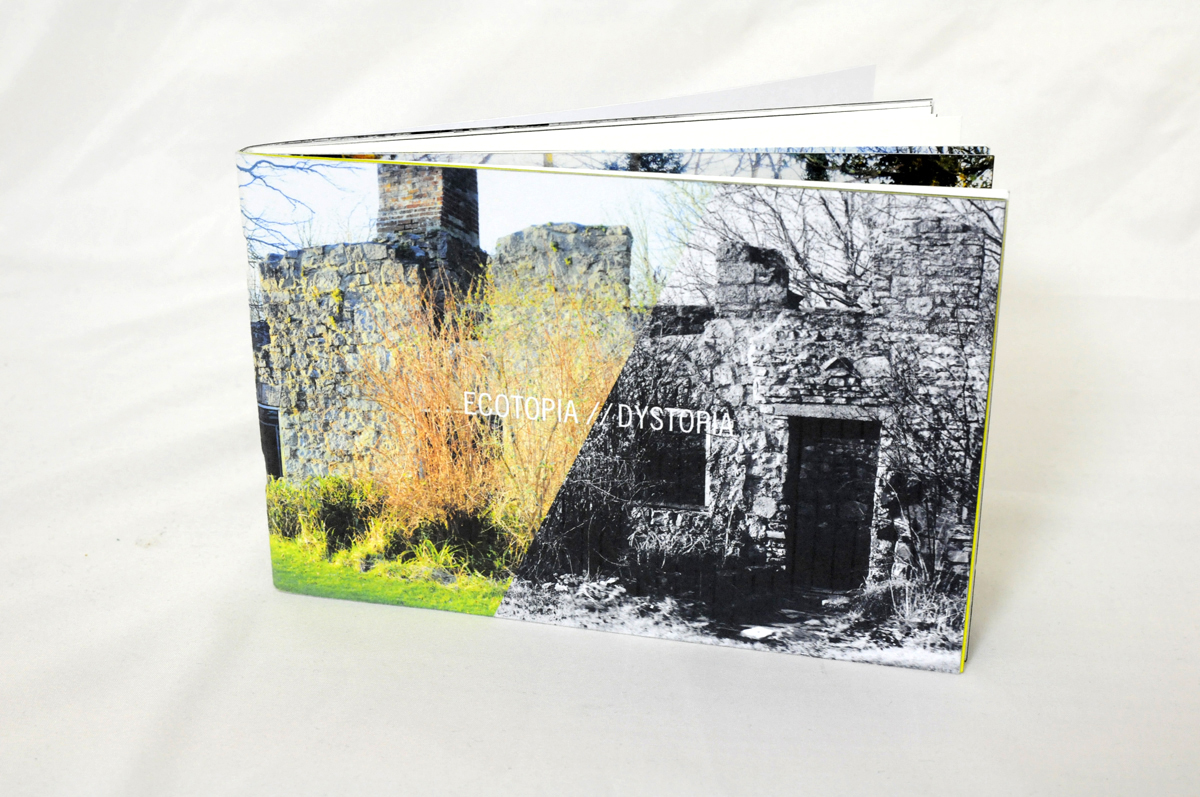 Ecotopia / Dysopia was a booklet produced as part of my university Extended Major Project. It encapsulated everything that I had discovered about a town called Tyneham, a ghost town in Dorset forcibly evacuated by the army during WWII to be used as a tank training range.

The booklet explores the dual nature of the town. On the one hand it has the sad, crumbling and dystopian nature of a ghost village, devoid of humans and falling into disrepair. Yet on the other, the town has become somewhat of an environmental haven, an ‘ecotopia’, as plants and animals, undisturbed by human intrusion begin to reclaim the area.

The booklet displays two sets of photographs, which illustrate each opposing view of the town. In between the two are several pages that detail the history of the village and the story of its people. 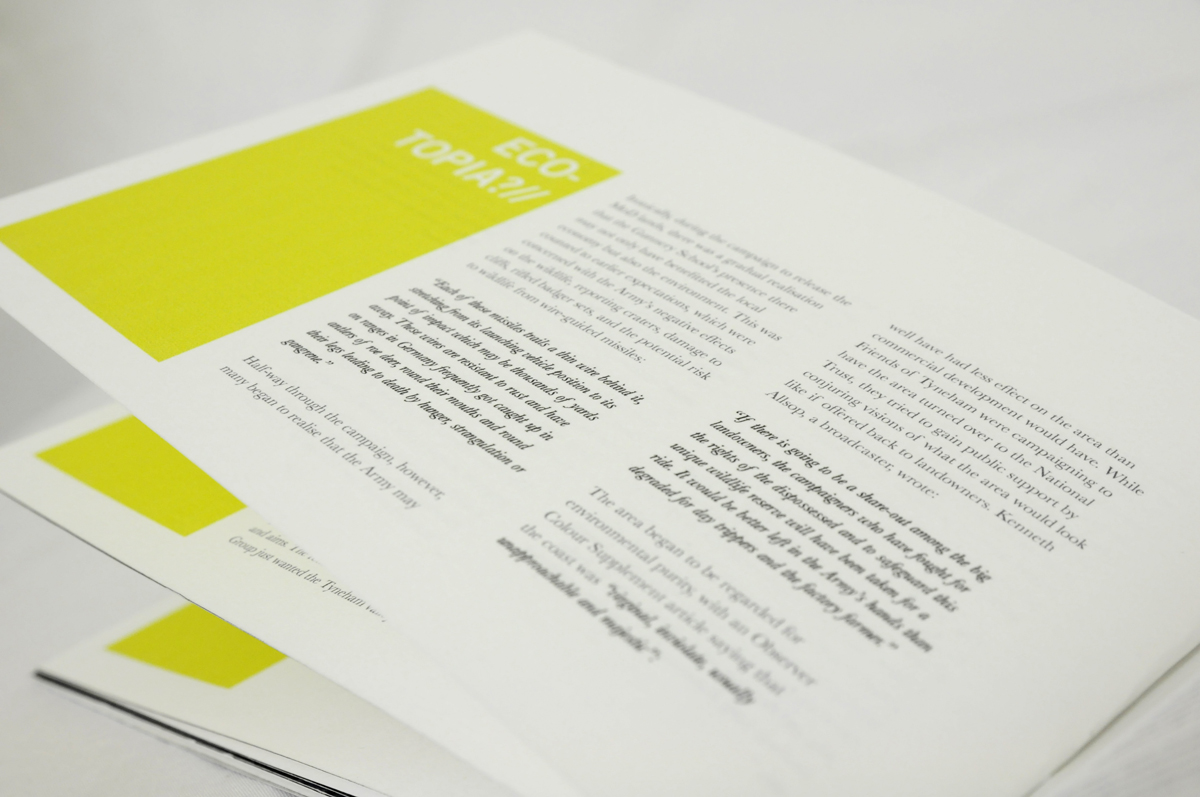 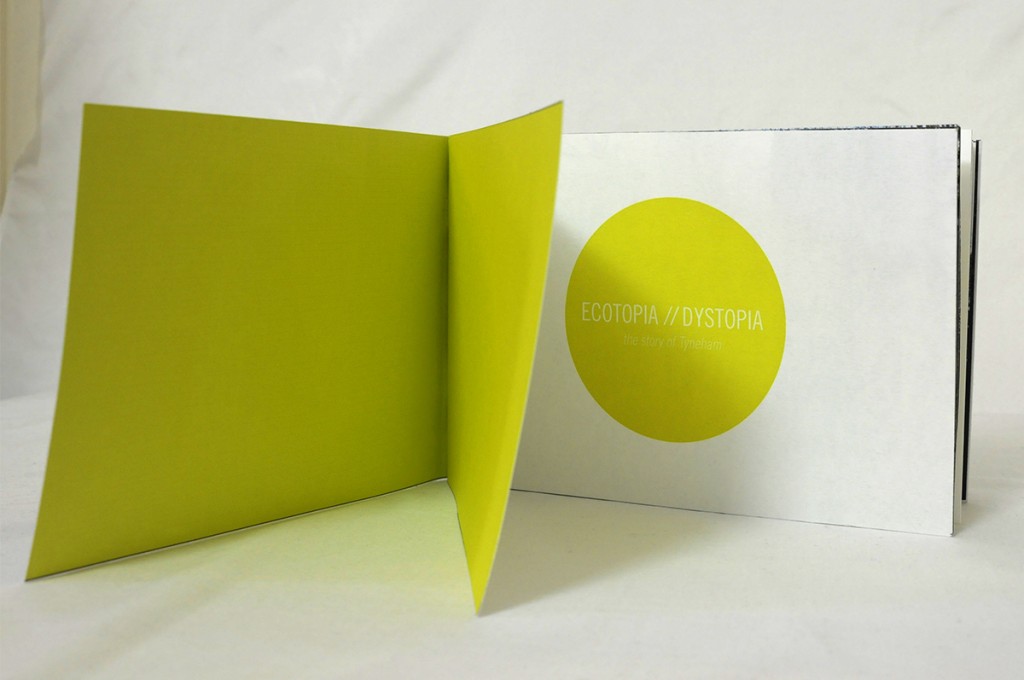 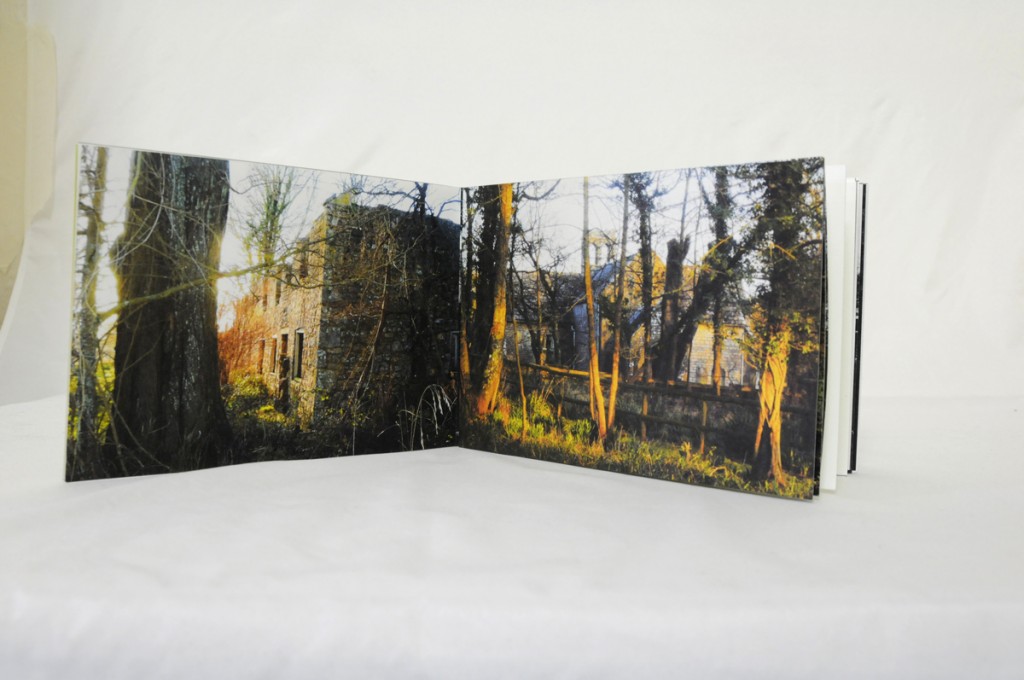 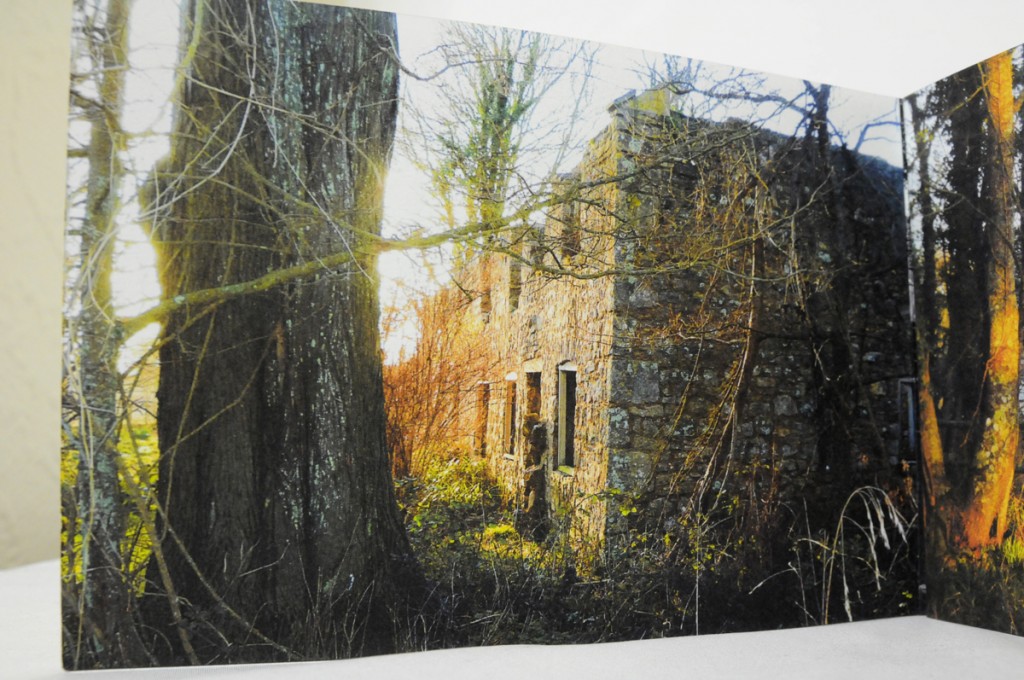 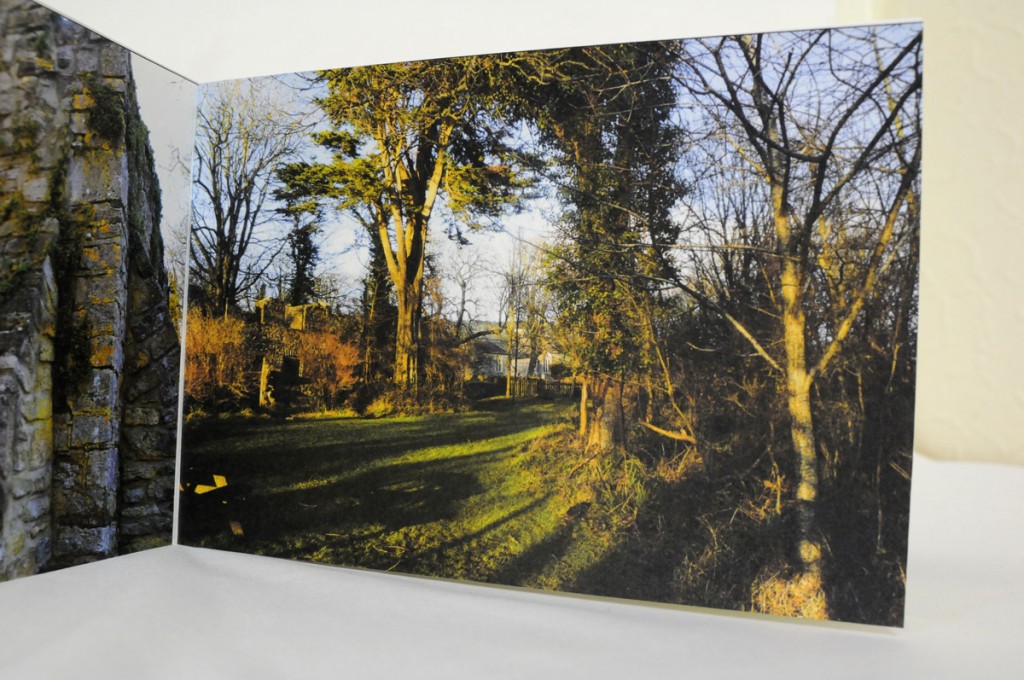 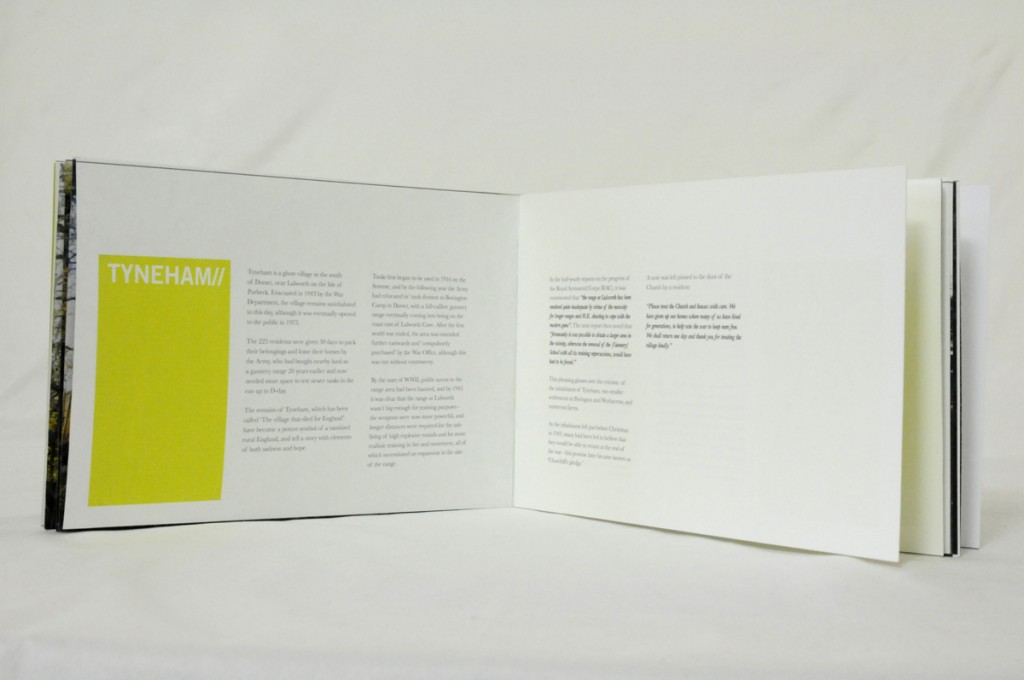 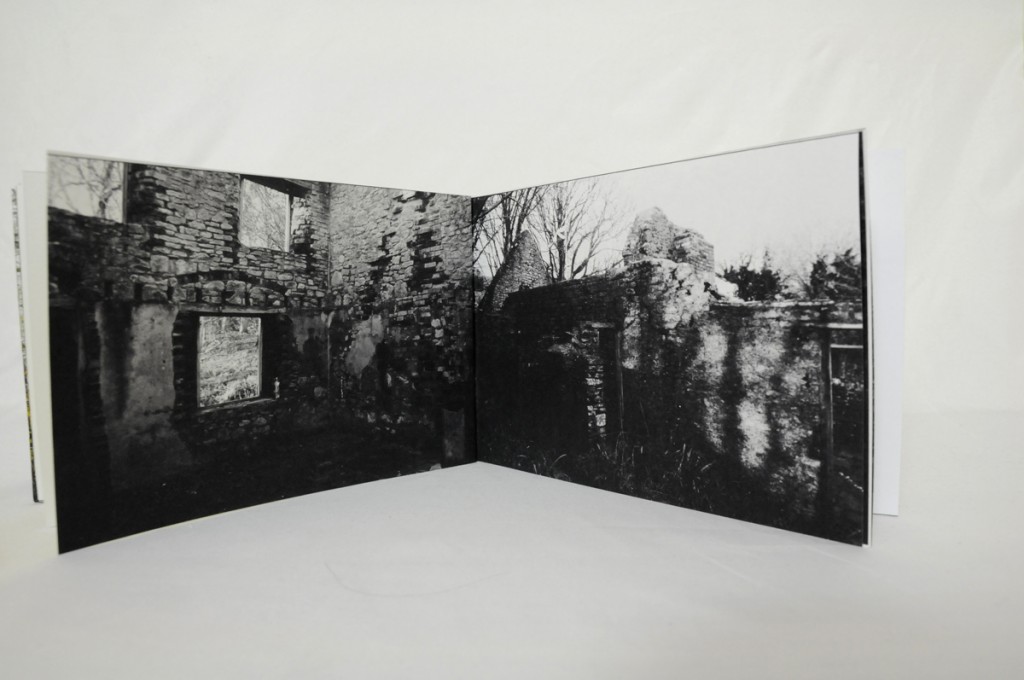 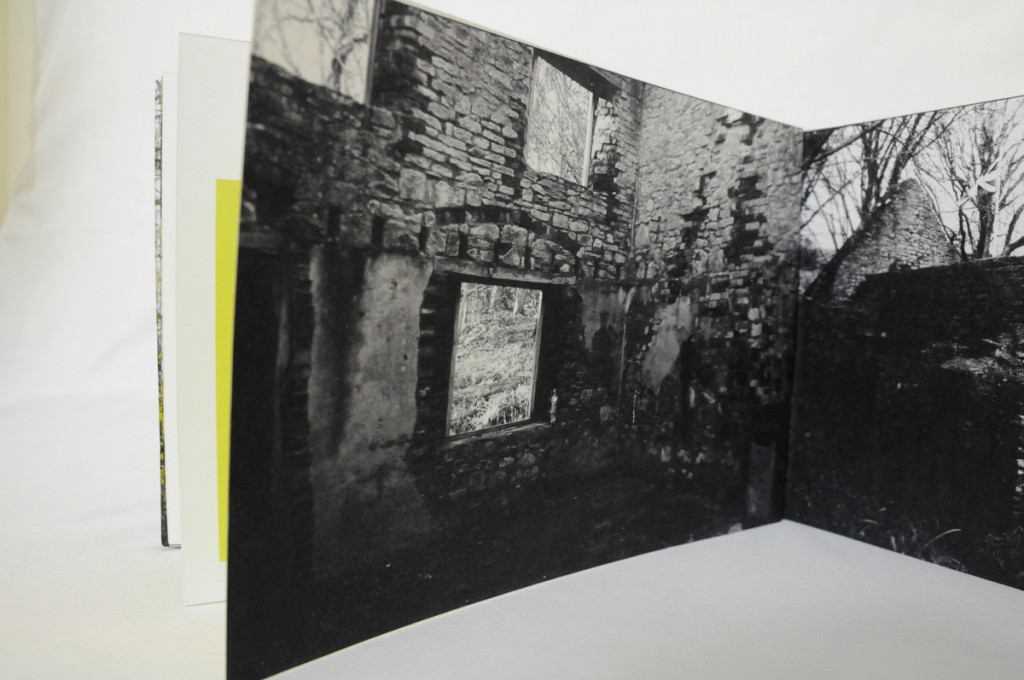 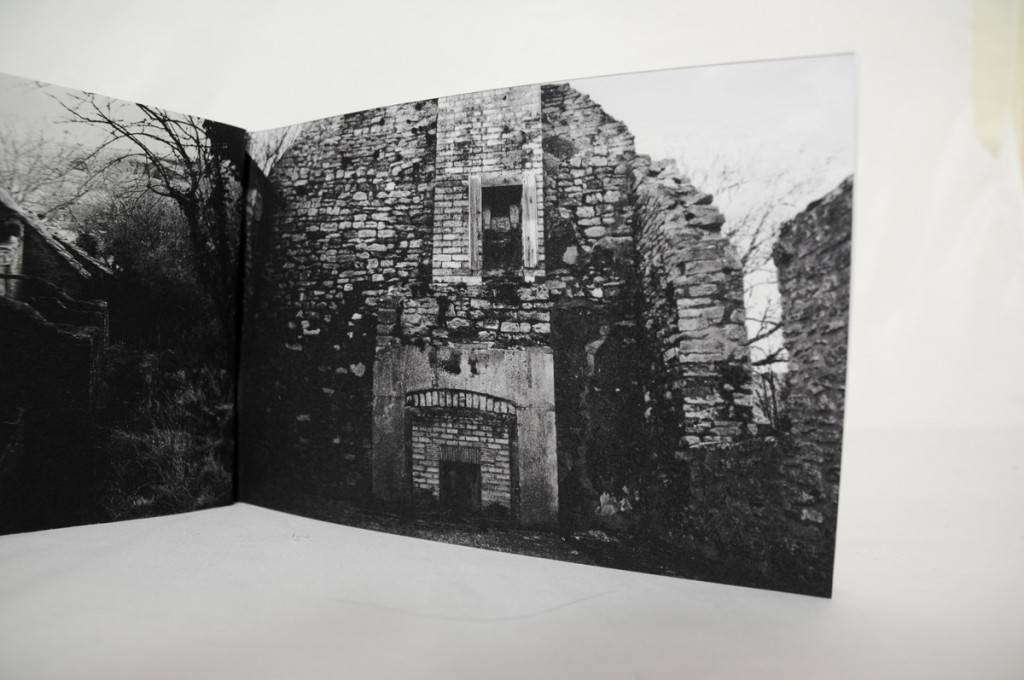